Why is music haram? 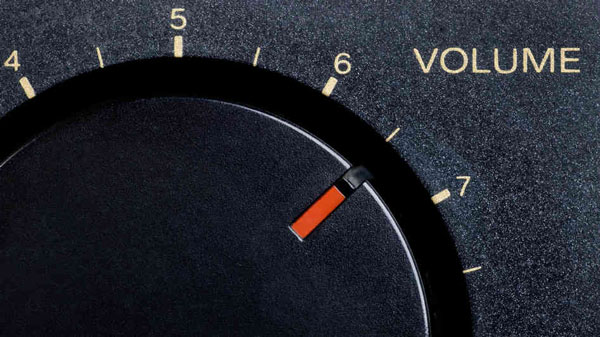 Evidence that Music is Haram

Sayings of the Scholars Regarding Music

Imam Ibn Taymiyyah (Rahimullah) said, “Listening to music and sinful fun are among what strengthens the satanic ways the most. This is exactly what the disbeliever’s used to do. Allah  said, And their prayer at the House (of Allah) was nothing but Muka ‘an and Tasdiyah. [8:35]. Ibn Abbas, ibn Umar and others (RadiyAllahu`anhum) said that Tasdiyah is clapping of hands, and that Muka’an is whistling. This was the Mushrikeen’s way of worship. The Prophet (SallAllahu `alayhi wa sallam) and his companions (RadiyAllahu`anhum) worshipped Allah, according to His order, in their prayer, reading the Qur’aan and Dhikr (supplication). It never occurred that the Prophet (SallAllahu `alayhi wa sallam) and his companions (RadiyAllahu`anhum) gathered to listen to singing that is accompanied by clapping or using drums.”

Imam Ibn Taymiyyah (Rahimullah) also said regarding the person, whose habit is to listen to music, “His state of emotions becomes less passionate when he hears the Qur’aan. On the contrary, when he listens to instruments of the devil (music), he dances a lot. If the prayer is established, he either prays while sitting down or performs it as fast as when the roaster picks seeds. He dislikes listening to the Qur’aan and does not find beauty in it while reciting it. He has no taste for the Qur’aan and feels no love for it or pleasure when it is read. Rather, he finds pleasure if he listens to Mukaa’ or Tasdiyah. These are satanic pleasures and he is among those whom Allah mentioned in the Ayah, And whosoever turns away from the remembrance of the Most Beneficent (Allah), We appoint for him Satan to be a companion for him.  [43:36].” [Awliyaa’ Ar-Rahman].

Imam Ibn Al-Qayyim (Rahimullah) said, “Of the tricks of the enemy of Allah, Satan, that he uses to trap those who do not enjoy much intelligence, knowledge or sincerity in religion, are Mukaa’ and Tasdiyah. These people of ignorance listen to and use musical instruments that are prohibited and which lead the hearts to abandoning the Qur’aan. These hearts are indulging in sin and disobedience of Allah. Music, then, is Satan’s Qur’aan and the barrier between one and Allah. It is the way to sodomy and adultery. With it, the lover finds what he seeks and dreams of sinful love. Satan has trapped the weak hearts in the love of singing and made it beautiful to them. Satan reveals to his agents’ fake proofs that they use as evidence to the beauty of singing. These people accept Satan’s revelation and, as a consequence, abandon the Qur’aan. When you witness them while listening, you will find them silent in humbleness, sitting idle and their hearts are concentrating and totally enjoying music and singing. Their hearts will feel closer to music, as if they were drunk. They dance and move in a suggestive manner, like faggots and whores. And why not? They are drunk with the pleasure of listening to music and singing and act accordingly. For other than Allah, and for Satan, there are hearts that are being broken by sin, and fortunes that are being spent for other than Allah’s Pleasure. They spend their lives in joyful fun and make a mockery of their religion. Instruments of the devil are sweeter to their ears than the Qur’aan. If one of them listens to the Qur’aan from beginning to end, it will have little effect or excitement on him. If Satan’s Qur’aan is being performed and heard, they feel joy in their hearts and one can see it in their eyes. Their feet dance, their hands clap, their breathing intensifies and the rest of their bodies feel joy. O you who are trapped in this sin, you who have sold your share of Allah to Satan, what a losing deal! Why not feels this joy when you listen to the Qur’aan? Why not feel pleasure and comfort when the Glorious Qur’aan is recited? But, everyone seeks what he feels is suitable for him, and ends up with what is really suitable for him.” [Ighathat Al-Lahfan].

Sheikh Abdulaziz bin Baz (Rahimullah) was asked about listening to music and songs, “Is it Haram? I only listen to it for pleasure. What about playing the Rababah (a kind of guitar) and old songs? What about using drums in weddings?”

Sheikh Ibn Baz said, “Listening to music is Haram and a sin. It is a matter that leads to weakening the hearts and abandoning the Dhikr of Allah and the prayer. The scholars said about the Ayah, And of’ mankind he who purchases idle talks [31:6], that idle talks means singing. Abdullaah ibn Masud (Radiyallaahu`anhu), the Prophet’s (Sallallaahu `alayhi wa sallam) companion, used to swear by Allah that it is singing. If singing is accompanied by the Rababah, ‘Ud (Arabic guitar), fiddles or drums, it is even more Haram. Any singing with any instrument is Haram and the scholars are unanimous on this. Therefore, Muslims must be aware of it. The Prophet (Sallallaahu `alayhi wa sallam) said, “From among my nation there will be those who render as lawful adultery, silk (for men), AI-Khamr (alcohol) and musical instruments.” [Al-Bukhari]. I advise you and others to read the Qur’aan and keep remembering Allah. I advise you to listen to Qur’aanic programs on the radio. This way, one will find pleasure and will keep busy so he can stay away from music and songs. As for weddings, the Daff (tambourine) can be used along with innocent singing that does not call to sin. This can be done at night, only in weddings and only by and for women. These songs are a way of announcing an Islaamic marriage. The Sunnah of the Prophet ((Sallallaahu `alayhi wa sallam)) supports the above. As for the drums, they are Haram all the time. The Daffs permitted in weddings and only for and by women.”

Many Muslims today render music as permissible. This is due to their ignorance or outright defiance of the religion. We ask Allah that we are among those who listen to the speech and follow the best of what it contains. These are the ones whom Allah has guided and granted them the bounty of sanity and comprehending minds.

Music is corrupting the Muslims Ummaah a powerful weapon that Iblees the cursed one is using as one his many methods to keep us away from the remembrance of Allah and try to lead everybody to Hell with him!!!!

Sources: Taken from Muslim Creed A monthly Publication of ‘The Daar of Islamic Heritage’, P.O.Box 4501861

Cleanse Your Heart with the Remembrance of God