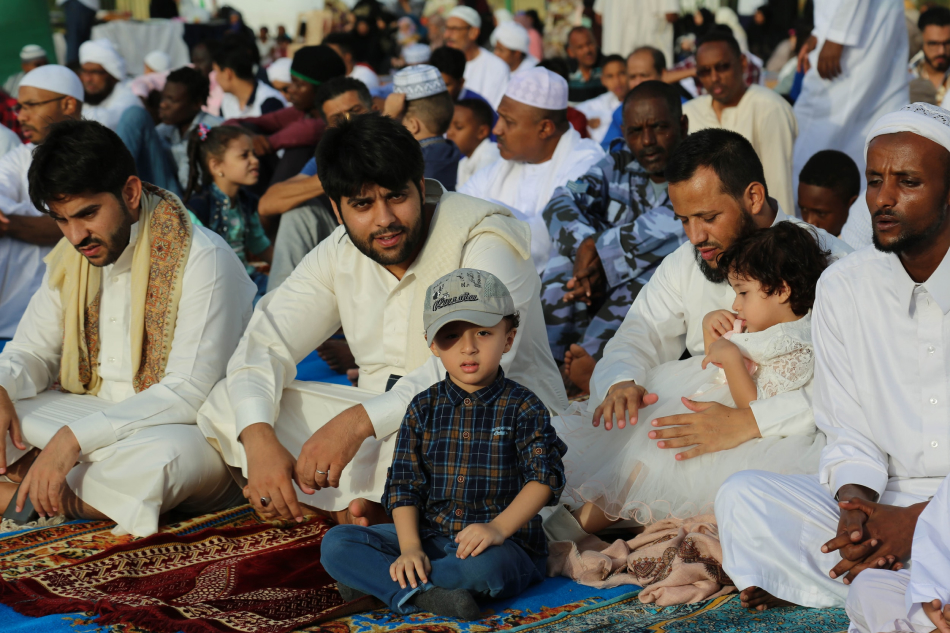 Ramadan is known to be broken down into thirds. The first ten days of Ramadan are known as the “Ten Days of Mercy”.

Muslims are aware that Ramadan is a month of spiritual opportunities, but what does the “mercy” really mean to Muslims?

One of God’s names is Ar-Rahman, the Most Merciful, and Muslims call upon God using this name in nearly everything they do. Thus, there is no surprise that Mercy manifests itself in the month that God created for Himself.

In the sacred hadith below, God says:

“O son of Adam, as long as you call upon Me and put your hope in Me, I have forgiven you for what you have done and I do not mind. O son of Adam, if your sins were to reach the clouds of the sky and then you would seek My forgiveness, I would forgive you. O son of Adam, if you were to come to Me with sins that are close to filling the earth and then you would meet Me without ascribing any partners with Me, I would certainly bring to you forgiveness close to filling it.” (Authenticated by Al Albani)

Imagine entering Ramadan in full reflection of wrong doings. Many believers worry of the sins that they incurred along the way – the ones that were committed conscientiously and without realizing it. Yet God promises forgiveness. There is no similar attribute to anyone or anything in this world, hence the reminder to remove idolatry from one’s beliefs.

Through this hadith alone, God reminds that He is Ar-Rahman, the Most Compassionate, and Ar-Raheem, the Most Merciful. Basking in God’s Mercy – and finitely – the Mercy of Paradise – is something that every believing Muslim prays for. And with this fear of God’s punishment that is close to the heart of the believer, God says:

{Say: O My servants who have transgressed against their own souls, despair not of the mercy of Allah. Indeed, Allah forgives all sins. Truly, He is Most Forgiving, Most Merciful.} (Az-Zumar 39: 53)

Du’a and Dhikr Are Keys to God’s Mercy

A great way for Muslims to worship for the first ten days of mercy is to recite Du’as  (supplications) and Dhikr (remembrance) invoking God’s mercy. With the doors of Paradise swung open and the doors of Hellfire shut, God never goes back on His Promise and with that, this is the perfect time to beg for God to shower His servants with Mercy. A recognized Quranic supplication, that can be recited as a remembrance is:

Another hadith talks about God’s mercy in the world – the world that Muslims live in, the days they scamper through. Although Muslims see a lot of destruction, they also see plenty of love: from a husband to a wife; from a mother to her suckling baby; from a teacher to his students; from children to animals; and even from animals to their young. Mercy surrounds the world, yet God says He divided His mercy into a hundred parts, and only one of those hundred parts manifest itself in this world. The rest of the mercy belongs to God alone. Imagine God’s mercy during the first ten days of Ramadan, and imagine the mercy may bestow amongst those who take full advantage of the first ten days and how the mercy will manifest itself on Judgement Day and in the Hereafter.

Fasting Itself Is Mercy

The act of fasting as one of the Pillars of Islam, is in itself an act of mercy. Through fasting, Muslims experience a healthy detox from food that does not benefit them. They become spiritually recharged and become more aware of leaving distractions that also do not benefit them. Muslims appreciate the little they have and think of those who have even less – families with children in war-torn countries, Muslims and non-Muslims living without food on a daily basis – those who fast without an opportunity to break their fast.

All these amount to mercy in their own way, Muslims will have an opportunity to feel more merciful towards themselves, towards those who may have more, and to those who are less fortunate. Mercy manifests itself in humility in many, many ways. And all this can be achieved through a Ramadan that is filled with remembrance of God, reflection on abstinence, and spending the early nights deep in prayer.

But God promises something even more. He says:

Imagine being recognized as amongst the most pious Muslims, this is probably the most merciful appellation and gift that God can give His servant. And this can be attained by observing Ramadan with full servitude.

Fast and Ask in the Season of Mercy

The beauty of the first ten days of mercy is that it is a blessing within a blessing. While Muslims are actively striving to please Him, God adds a gift to the special month by creating this season of mercy. His mercy is showered upon those who engage in good deeds and the merits for them are multiplied, while those with a streak of bad deeds even are forgiven – provided that they are sincere in their repentance and strive to please God alone. It is during this time – through God’s mercy – that the status of pious servants are raised, and the more mercy that is compounded upon them, helps cleanse their hearts and turns them towards the correct direction in worshiping God.

What a great reminder for Muslims to bask in God’s mercy during the first third of Ramadan. Not only is fasting piling up merits and blessings, but the mercy of God continues to wash over everyone who engages in worship. Allah has created His slaves to worship Him, as He says in the Quran:

{And I (Allah) created not the jinns and humans except that they should worship Me (Alone).} (Adh-Dhariyat 51: 56)

The virtues of fasting are great indeed, and one of the virtues is that God chose fasting for Himself. Prophet Muhammad said:

“(Allah said): Every good deed of Adam’s son is for him except fasting; it is for Me. and I shall reward (the fasting person) for it.’ Verily, the smell of the mouth of a fasting person is better to Allah than the smell of musk.” (Al-Bukhari)

Thus the rewards without measure will manifest itself throughout the days of Ramadan for those who sincerely repent and engage in good deeds for only God alone. All this mercy spills over throughout Ramadan and through a believer’s life up until the Day of Judgment where the fasting person may be recognized as amongst the pious, by God’s merciful decision.

Going Early to the Masjid for Prayers

He Whose Head was Being Crushed with a Stone