Ibn Abbas, may Allah be pleased with him, narrated, ‘Prophet Ibrahim brought Isma’eel’s mother (his wife, Hajar) and Isma’eel, while she was still nursing him, and then camped with them next to (the area where) the House (the Kaa’bah) was to be built, next to a large tree just above (the area where now exists the well of) Zamzam and which is also above the Masjid (the Holy Masjid in Makkah). At that time, Makkah had neither inhabitants nor a known source of water. He left them there and left with them a bag full of dates and a Siqaa’ (a jug usually made of leather) full of water.

When Ibrahim started to depart, Hajar followed him, saying, ‘O Ibrahim! Where are you going and leaving us in this valley that does not have any inhabitants or anything else?’ She repeated this several times, but he was not paying any attention to her. She then said to him, ‘Did Allah command you to do this?’ Ibrahim replied, ‘Yes.’ She said, ‘Then certainly, He will not abandon us.’ She went back, while Ibrahim kept on walking, until he was next to a hill where he could no longer be seen. He then faced the direction of the House and recited the following supplication,

“O our Lord! I have made some of my offspring to dwell in an uncultivated valley by Your Sacred House; in order, O our Lord, that they may perform prayer, so fill some hearts among men with love towards them, and (O Allah) provide them with fruits so that they may give thanks.” [Surah Ibrahim 14:37].

Afterwards, Isma’eel’s mother nursed nurse him and drank from the water (that Ibrahim left with them). When they ran out of water, she and her son became thirsty. She looked at Isma’eel and saw that he was turning around on the ground (out of thirst). She hated to see him like this, so she left and went up on Mount Safa, the nearest mountain to her, then looked down to the valley, trying to locate any person. She then descended down Mount Safa until she reached the valley, and then raised her sleeve (trying to protect her eyes from the sun). She walked just like an exhausted person would walk until she reached the end of the valley. She then went up on Mount Marwah and stood trying to locate anyone, but she did not see any person. She repeated this sequence seven times.

Ibn Abbas then said, “The Prophet Salla Allahu Alayhi Wasallam said, ‘This is why people walk between them (between Mounts Safa and Marwah, while performing the rituals of Hajj).‘ When Hajar went up on Mount Marwah (for the fourth time, completing seven trips back and forth between Mounts Safa and Marwah), she heard a voice, and said to herself, ‘Shush,’ and tried hard to listen. She heard something again, and then said (aloud to whom she thought she heard), ‘I heard you! Do you have relief so that you will provide us with assistance?‘ She then saw an angel digging up the ground with his wing where Zamzam exists today, and water then started to flow. She then started to contain the water with her hand (trying to make a pool of mud to collect the water in it), and she was also cupping her hands to fell her Siqaa’ (water jug), yet the water was flowing as fast as she was filling.”

“The Prophet Salla Allahu Alayhi Wasallam said, ‘May Allah bestow His Mercy upon Isma’eel’s mother! If she had left Zamzam – or if she had not cupped her hand – Zamzam would have been a flowing spring.’ Ibn Abbas then said, ‘So she drank and nursed her son. The angel then said to her, ‘Do not fear abandonment, for a House for Allah (the Kaa’bah) will be built in this area by this boy and his father, and most certainly, Allah does not abandon His people.” [Al-Bukhari].

Did Allah abandon them? No, indeed. Prophet Ibrahim and his wife had a type of sincerity that brings strong emotions to all those believers who hear their story. Because of sincerity, Allah made Zamzam flow with water, not only for Isma’eel and his mother, but also for the billions of Muslims throughout the ages, all drinking from it while visiting the House of Allah.

Taken from ”The Muslim Creed” February 2005 Vol. 13 No. 2 Publisher: The Daar of Islamic Heritage 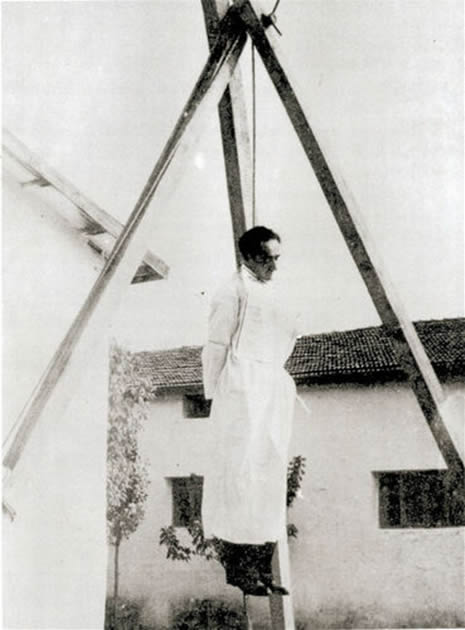 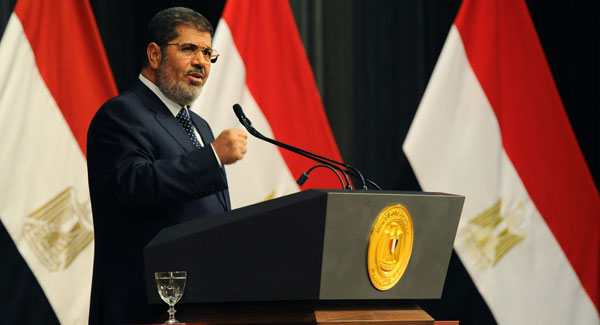