“Once in the lifetime of the Prophet (p.b.u.h) the people were afflicted with drought (famine). While the Prophet was delivering the Khutba on a Friday, a Bedouin stood up and said, “O, Allah’s Apostle! Our possessions are being destroyed and the children are hungry; Please invoke Allah (for rain)”.

So the Prophet raised his hands. At that time there was not a trace of cloud in the sky. By Him in Whose Hands my soul is as soon as he lowered his hands, clouds gathered like mountains, and before he got down from the pulpit, I saw the rain falling on the beard of the Prophet.

It rained that day, the next day, the third day, the fourth day till the next Friday.

The same Bedouin or another man stood up and said, “O Allah’s Apostle! The houses have collapsed, our possessions and livestock have been drowned; Please invoke Allah (to protect us)”. So the Prophet I raised both his hands and said, “O Allah! Round about us and not on us”. So, in whatever direction he pointed with his hands, the clouds dispersed and cleared away, and Medina’s (sky) became clear as a hole in between the clouds.

The valley of Qanat remained flooded, for one month, none came from outside but talked about the abundant rain.”

Light on the Tongue but Heavy on the Scales

Search for the Blessed Night in the Odd Nights 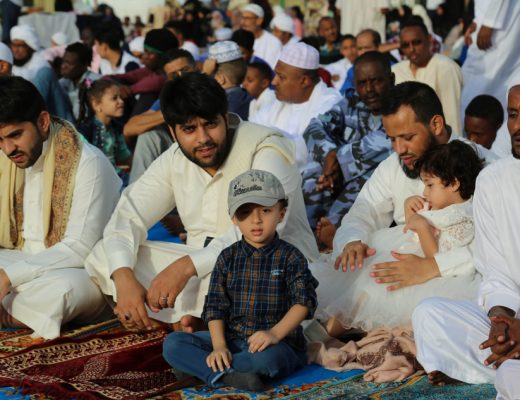