Al-Hasan al-Basri (RadiAllhu Anhu), the leader of the disciples of the Companions of the Prophet was, in fact, the son of Yasar the slave of Zayd ibn Thabit al-Ansari. His mother Umm ul-Hasan was a slave woman of Umm Salamah, the wife of the Prophet, peace be upon him. So he was born in the house of the Prophet, and his father’s master was one of the famous scribes who recorded Divine revelation for the unlettered Prophet.

Yasar, father of Al-Hasan was a slave captured in Misan between Basra and Waset in Iraq. He lived in Madinah where he was liberated from slavery. Then he got maried two years before the end of Uthman’s caliphate. Al-Hasan was brought up in Wadi al-Qura. Another report says that Umm ul-Hasan was captured and taken prisoner of war when she was pregnant. She gave birth to Al-Hasan in Madinah. What is sure, however, is that Al-Hasan was the son of two ex-slaves.

Muhammad ibn Salam says that Umm Salamah used to send Umm ul-Hasan to do anything for her. Al-Hasan used to cry in his mother’s absence; so Umm Salamah would breast-feed him for some time. She would also bring him out to the Companions of the Prophet while he was still young. They would pray for him. Once ‘Umar ibn al-Khattab said: “O God! Make him well-versed in religion and make people love him.”

Al-Hasan al-Basri was as his name implies, the greatest scholar of the city of Basra.

He met ‘Uthman, Talhah and a number of other senior Companions of the Prophet peace be upon him. Abu Hilal says: I heard Al-Hasan say: “Moses the Prophet of God, used to cover his private parts whenever he took a bath.” Ibn Buraydah asked Al-Hasan: “Whom have you heard this from?” “From Abu Hurayrah,” he said.

Al-Hasan said: “I used to enter the rooms of the Messenger of God during the caliphate of ‘Uthman; I would touch their ceilings for I was a grown up boy then. I was 14 years old when ‘Uthman was killed.” A beautiful tradition reported by Al-Hasan al-Basri on the authority of Anas ibn Malik is the following. He said: The Messenger of God peace be upon him used to give the Friday sermon while standing near a piece of wood against which he would lean his back. When the number of people increased in the mosque he said: Make a pulpit of two steps for me, which they did. When the Prophet stood up to give the sermon on Friday the said piece of wood moaned as if it expressed its feeling of missing the Messenger of God peace be upon him. Anas commented: I was in the mosque and heard the piece moan. It continued to moan until the Prophet descended to it and embraced it. Then it was silent. As a matter of fact, whenever Al-Hasan narrated this tradition he would cry and say: “O slaves of God! A piece of wood misses the Messenger of God! It is you who should do so.”

It may sound strange how can a piece of wood moan and feel sorry and miss the absence of the Prophet. First of all there are other authentic traditions that confirm this incident. As Muslims we believe that everything in this world glorifies the praises of God. Trees and stones used to greet the Messenger of God, which is one of his minor miracles.

Rabi’ah ibn Kulthum quotes Al-Hasan al-Basri as saying: We learnt from Abu Hurayrah the following: “The Prophet ordered me to do three things: To take a shower every Friday, to finish my prayers nightly with one final prostration and to fast three days of every month.” Muhammadibn Sa’ad says in his famous encyclopedia, At-Tabaqat, that Al-Hasan al-Basri was all embracing in his knowledge, a real scholar of a high standard, one who excels in jurisprudence, reliable as a source, trustworthy, a sincere worshipper, overflowing with learning, outspoken, beautiful and handsome. He was also one of the bravest men. No one looks like him except a Prophet. That is why Ibn Burdah said:”No one is similar to the Companions of the Prophet as he was.” Thus Abu Qatadah said: “Keep close to this old man, for I have seen no one whose opinion is like that of ‘Umar as Al-Hasan is.” So Anas ibn Malik said: “Ask Al-Hasan for he still remembers while we forgot.”

Muath ibn Muath said: I said to Al-Ashath: You have met Atta and you had questions to ask why didn’t you ask him? He said: “I have never met anyone after Al-Hasan al-Basri but was small in my eyes.” Hammam says: “It is said that the earth will never be lacking in seven men; through them people will get rain, and with their blessing they will be defended and I hope that Al-Hasan is one of them.” A man asked Atta about reciting the Qur’an on the funeral. He said: “We never learnt or heard that it is recited upon.” The man said: Al-Hasan says that we have to recite. Atta then said: Follow this, because Al-Hasan is a great scholar.

Abu Jafar ar-Razi said: “I remained a student of Al-Hasan for ten years during which I always heard something new.”Once al-Hasan described the effect of the Qur’an on the believer. He said: “Son of Adam! By God if you recite theQur’an then believe in it then your sadness will be long in this life, so will be your fear and your weeping.” That is why one contemporary of Al-Hasan says: I never saw anyone who had such a long time of sadness as al-Hasan al-Basri. Everytime I met him I thought he had a new misfortune.

Imam Al-Qassir said: Once I asked al-Hasan about something. Then I said: Scholars of jurisprudence say so and so. He said: “Have you ever seen a real scholar of this category. Such a scholar is he who is not interested in this life, who knows his sins and who continuously worships his Lord?” Khalid ibn Safwan was a close neighbour of Al-Hasan al-Basri. Describing him once he said: “I never saw a man like him. His outward appearance is identical to his inner reality, his words are identical to his deeds; if he enjoins what is right he is the first to do it, and when he forbids what is wrong he is the farthest one from it. I found him never in need of other people, but people were in need of him.”

Al-Hasan al-Basri once swore by God that he will be humiliated by God who honours money. That is why he said:”Two bad comrades are the dinar and the dirham. They are useful to you only when they leave you.”

Hajjaj al-Aswad said: A man once expressed the following wish. He said: I wish I were a hermit like Al-Hasan, as pious as Ibn Sirin, as a good worshipper as Ubadah ibn ‘Abd-Qays and as understanding jurisprudence as Sa’id ibn al-Musayyib. Those who heard these wishes said: “All these are found in al-Hasan al-Basri.”

Iyas ibn Abi Tamima said: I saw al-Hasan at the funeral of Abu Raja. He was riding a mule and Al-Farazdaq, the famous poet, was along his side on a camel. The latter said to Al-Hasan: “You and I are higher than all those attending the funeral.” They will say: “Look! The best and the worst are together alone.” Al-Hasan very humbly said: “O Abu Firas. It may be that a bad looking person is much better than me; and you are better than many old men who are polytheists. What have you prepared for death?” Al-Farazdaq said: “The testimony that there is no diety except God.” Al-Hasan said:”It has its own conditions. Don’t attack chaste women in your poetry.” Al-Farazdaq asked: “Is there any chance for repentence?” Al-Hasan said: “Of course there is.”

Sahl ibn Husayn al-Bahili said: Once I sent to ‘Abdullah son of Al-Hasan al-Basri and asked him to send me all the books of his father. He wrote to Sahl saying: “When my father became seriously ill he asked me to collect them which I did. Then Al-Hasan ordered his servant to burn them all except one paper which he sent to his son. When the latter came to his father Al-Hasan he asked him to read the contents of the paper which he did and al-Hasan approved it.”

Here are a few wise sayings of Al-Hasan:

“Son of Adam! You are nothing but a number of days, whenever each day passes then part of you has gone.”[Reported by Salih al-Murri]

“Death has shown the reality of this worldly life. It did not leave any happiness for those who are wise.”[Reported by Mubarak ibn Faddalah]

“The laughter of a believer is a sign of the inadvertence of his heart.” [Reported by Thabit]

“A believer believes in what God has said. He is the best of men in his deeds, but he fears God most, so that if he spends the size of a mountain of money, he would not be sure of his reward until he sees this with his own eyes. The more righteous and charitable the believer is, the more afraid of God he becomes. While the hypocrite says: Men are too many, I shall be forgiven. There is no harm on me. Thus he acts badly, but wishes many things from God.” [Reported by Talhah ibn Sabih]

This wise saying of Al-Hasan al-Basri reminds me of another saying which describes real faith according to Islam. Faith is not mere wishes but what you have in your heart which is confirmed by your deeds. This means that deeds are the real test of faith.

When death approached Al-Hasan he began to say: “We are for God and to Him we will return.” When he repeated this his son said: “My father you make us sad for your sake. Have you seen anything around you which you do not like?” Al-Hasan said: “It is only myself, nothing is more heavy for me than it is.”

Hasan ibn Hisham said: We were with Muhammad ibn Sirin on Thursday evening when a man told him about the death of Al-Hasan al-Basri. He was so sad that he kept silent and the colour of his face was changed. He lived after Al-Hasan for one hundred days only. May God be pleased with both. 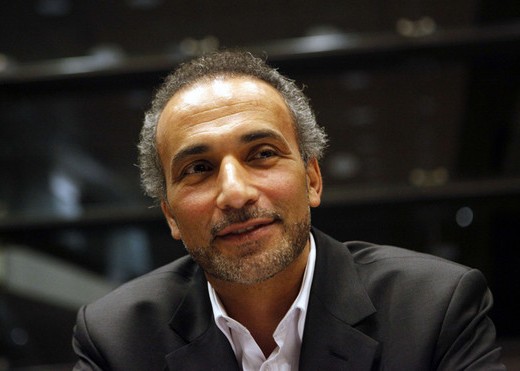 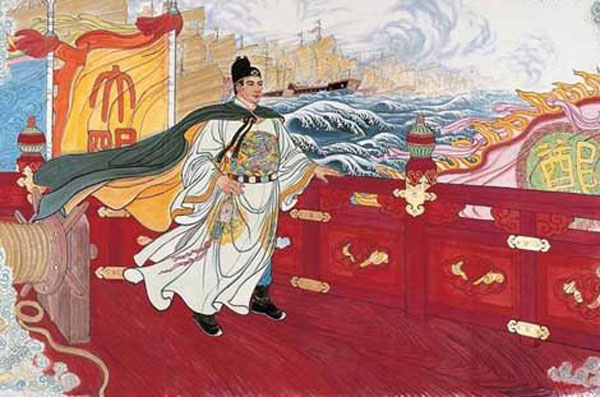