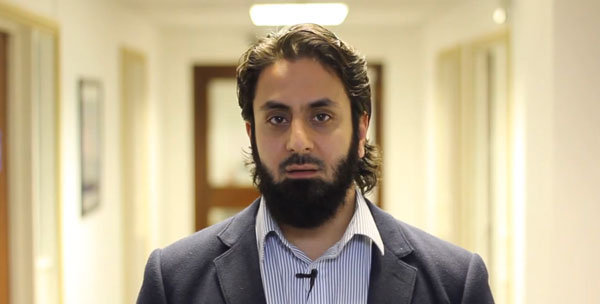 Adnan Rashid – Adnan Rashid is an Academic, a Historian and a Senior Researcher and lecturer for iERA – the Islamic Education and Research Academy

The Woolwich acts only benefit the enemies of Islam. These kind of foolish and criminal attacks only benefit EDL and Rupert Murdoch. We, the Muslims, disassociate ourselves from such acts. The media must report responsibly and stop playing games with the minds of people. I invite you all to watch out for the newspaper headlines tomorrow, you will see words like “Islam”, “Muslims” and “Allahu Akbar”. Please share our response far and wide.

The men who killed a man using machetes in London today committed a criminal and evil act. I pray that all communities remain united and don’t let this cause hatred and division. Know that whoever did this does not represent any community or any religion.

Ajmal Masroor – Ajmal Masroor is an Imam, broadcaster and politician. He is well known for being a television presenter on political discussions and on Muslim channels.

At a time of turmoil and challenge we must stand united, Muslims and non-Muslims, people of faith and none, with one single message that there is no God in murder, there is no religion is barbarism and no true Muslim would ever do anything like this. Today we are all united against those who have perpetrated this heinous crime. Our condolence, prayers and best wishes are with the family of the dead soldier. We should never allow criminals and thugs to derail our community cohesion and we should never use this as a reason to attack any member of our community. We are stronger and better than those twisted and sick minded terrorists.

MCB – The Muslim Council of Britain

This action will no doubt heighten tensions on the streets of the United Kingdom. We call on all our communities, Muslim and non-Muslim, to come together in solidarity to ensure the forces of hatred do not prevail. It is important we allow our police authorities to do their job without speculation. We also urge the utmost vigilance and ask the police authorities to calm tensions.