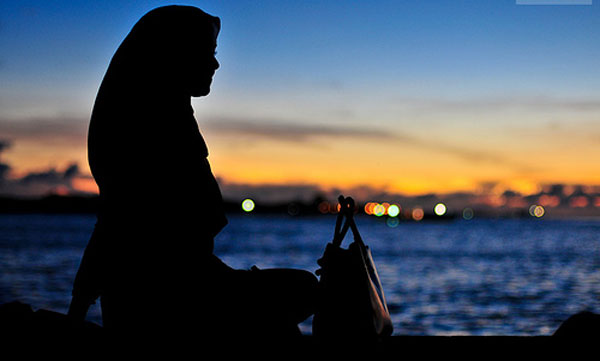 Recently a 21 one year old Muslim woman was attacked in Paris by two fascists. They pulled off her head scarf, tried to cut her hair, and ripped her clothes.

She was so terrorised that she screamed “I’m pregnant”, with the hope that compassion and humanity would fill their hearts. However, the two fascist racist criminals started repeatedly kicking her in the stomach.

As a result of the attack she lost the baby. I have three things to say:

1. Islam teaches that human beings must be protected and cared for. The status of women in Islam is such that society must ensure she is safe, and her psychological, social and physical needs are met. This is for all women, regardless of ethnicity and religious background. Therefore, I call on everyone to take any means necessary – within the law – to ensure this does not happen in the areas where they live. I swear by God, If I were to witness such brutality and cowardice I would personally ensure that they never think about harming any woman again.

2. All people of conscious and decent human beings must aggressively expose the fascists and racists elements in our society. We also need to do this with those who hide behind intellectual and linguistic gymnastics. Take Sam Harris as an example. He is supposed to be an academic, but in reality he is a person of hate. His lack of nuance in his discourse on Muslims and Islam, including his calls to pre-emptively use nuclear weapons against the Muslim world, are manifestations of his blind hate that facilitate fascist narratives. We need to intellectually expose such people with a nuanced narrative to bring to light their ignorance and hatred. We have already invited Sam Harris twice to engage in an intellectual debate, but his agent refused on what seems to be financial grounds. He asked for $60,000. It just goes to show that he is just a hate-filled show man.

3. Muslims must wake up. We must realise that if more of us articulated a positive compassionate and cogent case for Islam to the wider society, as well as lived up to our sublime values, maybe these acts of criminality would not happen. We have to be honest, although there is so much goodness in our community, and many efforts are now in place, we need to do more. We must demystify our differences and explain what makes us distinct. Just focussing on the commonalities is not going to work. Because it is the differences that create the fear, hatred and anxiety. Once we start explaining and articulating what these differences are, and show how they are beautiful and relevant, then the fear, hatred and anxiety will be removed. This obviously cannot be successful without adopting the Islamic values of compassion, forgiveness, tolerance and going beyond the call of duty. Essentially we must be engaged citizens involved in the betterment of the whole society.

“And not equal are the good deed and the bad. Repel evil by that deed which is better; and thereupon the one whom between you and him is enmity will become as though he was a devoted friend.” Qur’an 41:34